Posted on July 30, 2012 by Todd Jagger Posted in Playlists

Kimmie gave me the extreme honor of permission to some of Gracey's playlists.  …

Posted on July 29, 2012 by Todd Jagger Posted in Playlists

I don't know when exactly Joe started this playlist.  …

Posted on July 29, 2012 by Todd Jagger Posted in Blog Posts
It's hard to overstate the impact Joe Gracey had on the Austin music scene.  I was proud to call him a friend and co-conspirator in a few musical & technical endeavors.  Joe Nick Patoski wrote about Gracey better than I ever could, so let's let him tell it. 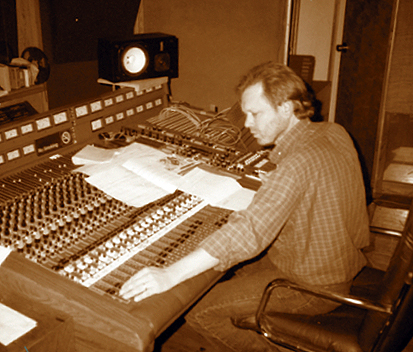 Joe Gracey mixing "Blast From The Past" at Lone Star Studios, c.1988 "Throwing a Party for Joe Gracey" by Joe Nick Patoski After a well-spent life defined by a series of reinventions, each more outrageous and ‘way cooler than the previous one, Joe Gracey has left the building – this place we call earth. Born in Fort Worth on November 14, 1950, Joe distinguished himself as a communicator at an early age. He built his own radio studio in the family attic in sixth grade, mowed lawns to get his first guitar, played in teen bands alongside fellow Fort Worth- ers Stephen Bruton and T-Bone Burnett, and projected gravitas and au- thority as a veteran newsman and familiarity and intimacy as a country music disc jockey for KXOL-AM and FM when the 16 year old wasn’t at- tending classes at Paschal High School. His mother drove him to work at the radio station. Like many other young Texans of his generation, he gravitated to Aus- tin to attend the University of Texas where he graduated with a degree in American Studies while moonlighting on Austin’s Top 40 radio station, KNOW-AM, and writing the first rock music column for the Austin American-Statesman, immediately over- stepping his assigned category by writing about country and folk music too, focusing on the unique country-rock musical hybrid that was incubating in Austin.
Tagged with: DJs, Joe Gracey, texas

The best Texas and roots music publication around: 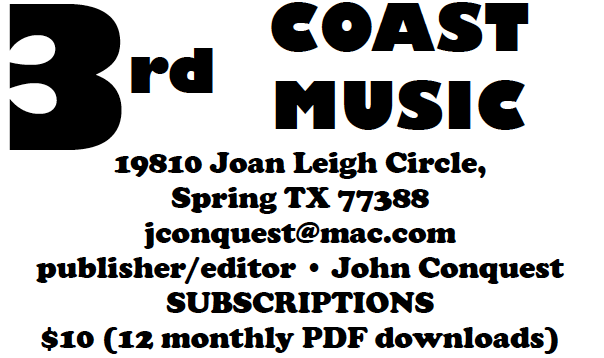 "None of the hits, all of the time"
- John Conquest